A Decade of Hill Farmstead Brewery

The dirt roads are eerily quiet this evening—perhaps my footsteps invoke a nostalgia for this day, 10 years ago. An uncertain future overwhelms the past, but this day, as it does each year, pleads for reflection. Ten years ago, a frenzied, acerbic, younger version of this self-manifestation set forth, out of seeming necessity, to brew his first batch of beer as “Hill Farmstead Brewery.” Cobbled together equipment and a few optimistic onlookers gave witness to what would be nearly 10 years of uninterrupted operation and self-exploration.

Held together by the duct-tape generosity of friends, I was able to assemble 800 square feet of uncertainty and a simple vision: take home 12,000$ a year (by my conservative estimates) and time to read and write in a place that I would forever call home.

That first batch of beer, Edward, was loosely modeled after two beers from my two favorite breweries: the Alchemist Pub and Russian River Brewing. A slightly hazy, maybe mildly turbid, heavily hopped and unfiltered American Pale Ale that honored those memories was born.

Edward was the first pint of beer in Vermont to break the 5$ threshold (6$ then and still now at Three Penny Taproom!) and it took years of ongoing positional encounters to uphold and defend the slightly higher price and the gentle glow of its appearance. . The smell, the taste, and the mouthfeel… the goal was to present an elegant beer. Had anyone used words like “succinct,” “elegant,” and “precise” to describe beer before? It seemed that my obsessive focus on texture and a particular sensory experience was a novel approach to beer making.

There were very few rural breweries in the United States in March of 2010. Only three breweries were using “Conan” as a yeast strain… and “brewer-owned and operated” was the only reality that existed.

The words. The intention. The alignment of these make a definition.

It was quiet then.
It is quiet now.
In between, not so much.

Like a music festival, this long performance has lasted almost exactly, without interruption, for precisely ten years. Then, involuntarily, everyone needed to pack up and hurry home. The host walks back to his same house, on the same road, gazes outwardly for a moment at the shadows of the decade passed, and retreats to the sheltered home of his ancestor’s ghosts.

So much change—yet so little. The non-linear circuitous nature of time and unfolding. At the start, feline companionship provided by Clover—now by the brothers Scout and Chablis. Chicken coop still stands, albeit not quite as tall. The brewery building is a little larger. The house has a fresh coat of paint. 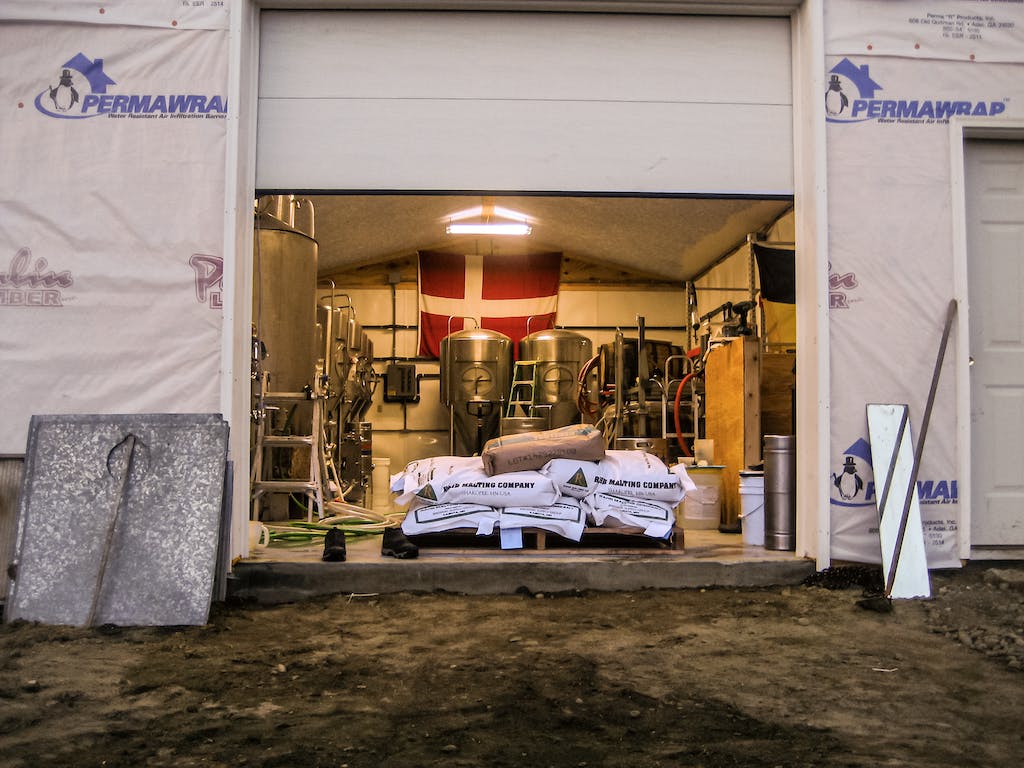