For the upcoming Thanksgiving week, our curbside retail hours will be as follows:

We continue to follow our State’s safety guidelines and appreciate your respectful observance of the requirements. You will find details at ACCD’s website. For order questions, please contact our team at [email protected].

For those of you able to visit us via curbside pickup, we will debut the following…

We aged this version of Anna’s namesake beer in wine barrels whose provenance includes Art, Flora Cuvée, Ann, and Civil Disobedience #24. The beer was further conditioned on plums from nearby Elmore Roots. The resulting beer is among our favorite fruited variants—a symbolic expression of Vermont’s summer and annual autumn harvest.

Our Self-Reliance series of Farmstead® single-hop India pale ales allows us to explore how our Farmstead® ale yeast and various hops express themselves in unison. This newest iteration was brewed in early May 2020, conditioned in our puncheons for four months, and double dry-hopped with hand-selected Citra® from Washington’s Yakima Valley.

We will debut a distinctive batch of Edward, our ancestral Pale Ale, this coming week.

A thoughtful experiment: what if I brewed Edward entirely with hops personally selected by one of the brewers who inspired the original recipe?

Russian River Brewing was an early source of inspiration. In many ways, my hoppy beers—and this American Pale Ale—were influenced by both Vinnie Cilurzo (Russian River) and John Kimmich (The Alchemist). Edward reflects those archetypal first impressions of Simcoe®, Chinook, Centennial, and Amarillo®, as well as the emotional memory that was conveyed in experiencing such expert orchestration.

We also have this year’s batch of Bourbon Barrel-Aged Maple Syrup available, along with a variety of cans (Harlan, Susan, SS4, and Twilight of the Idols) as well as a vast selection of bottles, including Anna Montmorency, Fear & Trembling, and Barrel-Aged Dorothy. 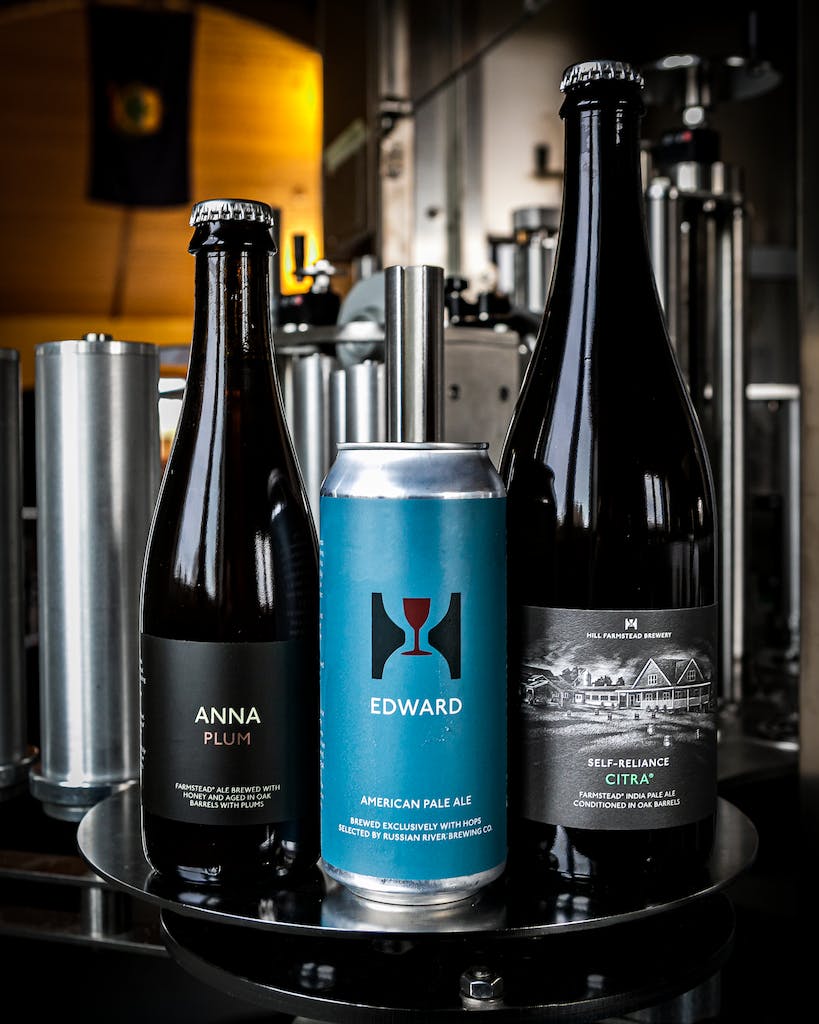