Friday, March 30, will mark the 8th anniversary of our first brew day here at Hill Farmstead. On that day in 2010, Shaun brewed the first batch of a pale ale that would become Edward. Over the last 8 years, Edward has been the cornerstone for all we’ve built here in Greensboro Bend—a place we lovingly refer to as The Middle of Everything. Eight years on, and a lot has changed, but Edward remains—it abides, if you will.

To celebrate the occasion—as well as the (eventual) coming of spring—we will release E., a tangible connection between that first brewday and so many other of our pursuits here on Hill Road.

In Shaun’s words: E. is for Edward (1917-2002), my grandfather, as well as the name of the first beer that I brewed in my brewery on March 30, 2010. E. is for Easter; brewing in Denmark revealed a European tradition of crafting Easter (Påske) beer. Finally, E is for entelechy, the continued actualization of our potential through spirited effort and vision.

Thus, in honor of E., to the past and future emprises here on Hill Road, we offer this special beer: Edward fermented with our Farmstead® yeast, aged in oak barrels, dry-hopped with Galaxy hops and bottle conditioned. 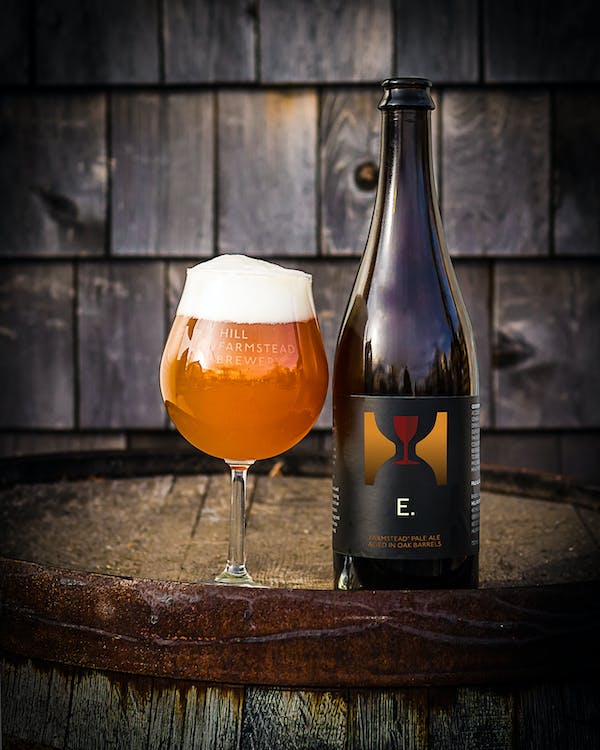