Bottle Releases For The Week Of November 1, 2016

On Wednesday, November 2, we will release two beers in our Retail Shop…

First, we are releasing this year’s batch of Twilight of the Idols (Götzen-Dämmerung).

Twilight of the Idols is our winter porter.  We brew Twilight each autumn, with a touch of locally roasted coffee and cinnamon, and age it on a blend of select vanilla beans.  Originally conceived with a friend in 2009 while brewing in Denmark, the name of this annual release is inspired by the title of the last texts written by one of our philosophical idols, Friedrich Nietzche.  7.2% abv

In addition, we are releasing Birth of Tragedy (Die Geburt der Tragödie).

Birth of Tragedy is the imperial and oak barrel aged version of our annual winter porter, Twilight of the Idols.  Brewed with locally roasted coffee and Vermont honey, we age this beer for over a year in personally selected bourbon barrels from our favorite distilleries.  Our brewers recommend that this beer be consumed within six months.

As a reminder, our Retail shop is open regularly Wednesday – Saturday, from 12 – 5pm. 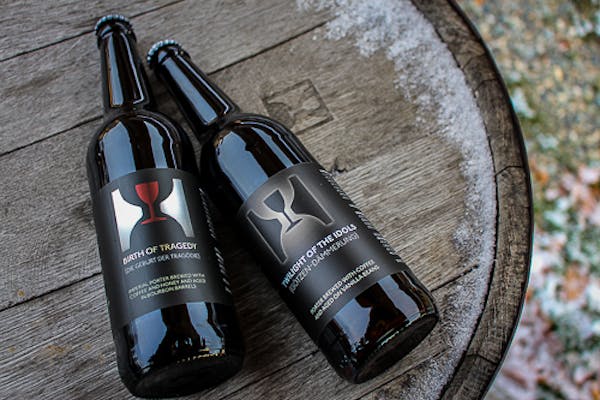