New release of Art in our Tasting Room (bottled March, 2015)

In honor of a new year, we offer to you one of our favorite and most elusive beers: Art.  This particular release began its life nearly 5 years ago as a brew day and primary fermentation of Arthur in 2013.  After being placed in wine barrels, the evolution of Arthur into Art is an indeterminate and metamorphic occurrence.  Only a single digit percentage of all wine barrel aged Arthur becomes what is unmistakably identifiable as Art – the remainder is often blended into Civil Disobedience.  The beer, the barrel, and some yet unknown, unquantifiable condition seems to dictate its path and appearance.  It is identified and selected only through the emotional response which it induces during barrel tasting.  This particular beer began its bottle conditioning on March 18, 2015.

This will only be offered for on-site consumption.  Due to the very small volume, we chose 375ml bottles for this release in order to further spread its availability.  To the brave, warm hearted patrons that should choose to visit us in the month of January, we offer you this as what we hope will be an auspicious beginning to 2018.  Thank You and Happiest of New Years,
Shaun 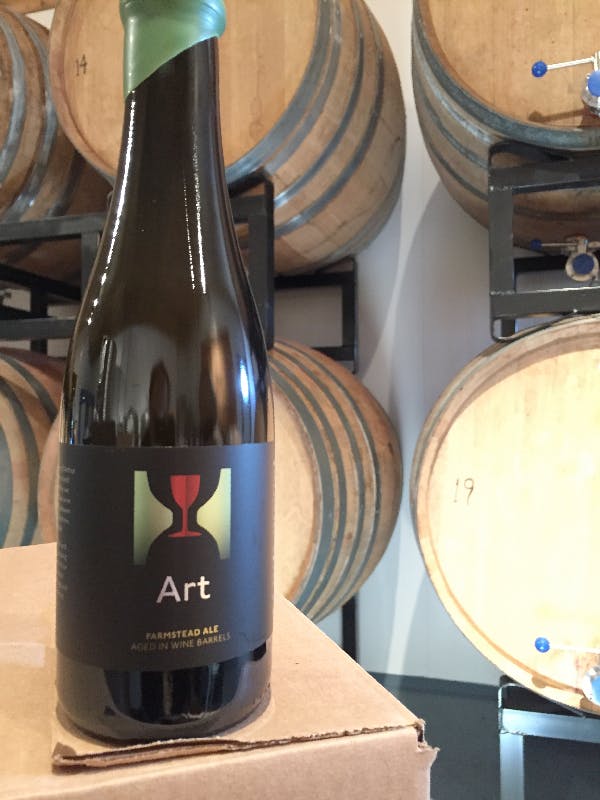