The Debut of Poetica 3

Hello and a Happy Holiday Season to Everyone!

This week we present to you on draft in our taproom Poetica 3: our single-decocted, wood-lagered, naturally carbonated and Czech-inspired iteration of what a “Pilsner” might be.  This iteration of our Poetica project is summarized below:

After a trip to Pilsen (Czech Republic) last November with Bob, I returned with a creative drive to elevate Mary, our German-style Pilsner, to a higher state of elegance and refinement. In what will likely become an exhausting pursuit of reformation and refinement, we began lagering a portion of Mary in a single French oak puncheon in our cooler.  That beer became known as Poetica 1 and, shortly thereafter, we released a yet further refined version known as Poetica 2.  In each of these attempts, after nearly two months, the lagered beer was moved to tank and krausened (as is all of our lager) with fresh fermenting beer in order to provide natural carbonation. We then provide nearly 3 months of further conditioning and slow carbonation in tank.  In Poetica 3, we have utilized the same process but chosen to demonstrate the possibilities of a co-fermentation of Czech and German lager yeast along with a single decoction mash and a hop profile that is entirely Czech Saaz.

I am confident that we can present you with what should become a singular experience—our Pilsner has been softened, refined, and elevated.

We will continue this pursuit through further lager experimentation and you will soon see other iterations in the coming year. This is an immersion into origins, into simplicity, and a gift granted by obsessive singular possession. 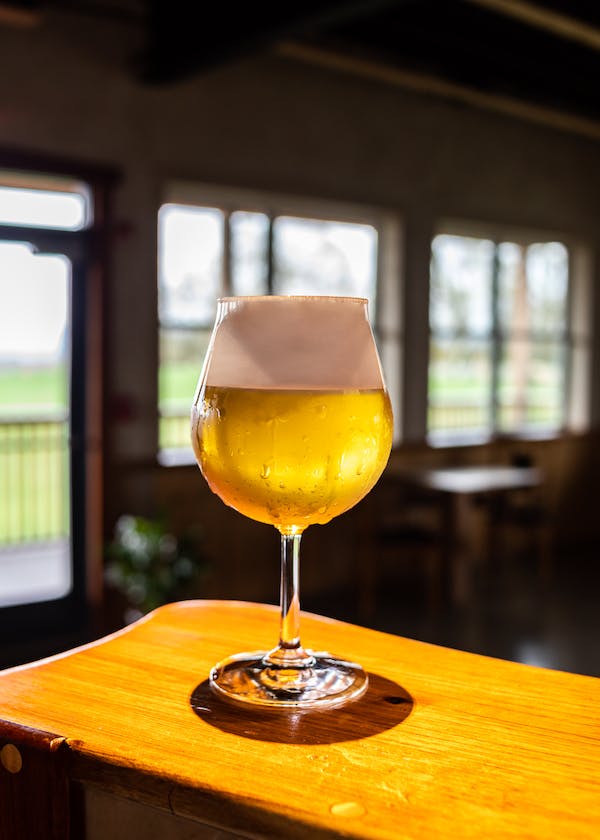