This coming Wednesday, 20 February, we will introduce a new member in our Ancestral Series of Farmstead Ales: Samuel.

Samuel Hill (1820-1899) was my great-great-uncle, brother of Ephraim, and a widely accomplished individual. He served in the Union army at the Battle of Gettysburg. An early agricultural innovator, he held several patents for milk cooling and cream separation; if you’ve visited our taproom, you’ve likely seen a reproduction of that patent on display. He moved a house, midwinter, with horses from North Greensboro to Greensboro Village and also helped build the first road from Greensboro to Greensboro Bend.

I spent more than 6 years contemplating such a beer that might be worthy of Samuel’s name. In an attempt to honor this intrepid relative, I realized that his namesake beer must be comprised of the same nuances that defined two of my favorite beers: Le Sarrasin and Vera Mae. We set out by crafting a base of buckwheat, spelt, Vermont wildflower honey, and the same hops used in both Vera and Sarrasin. Following shifting seasons of rest in wine barrels and more than a year of bottle conditioning, we are finally able to present a beer that is more than 9 years in the making and worthy of Samuel’s name.

Visit our retail page for complete information and retail offerings. 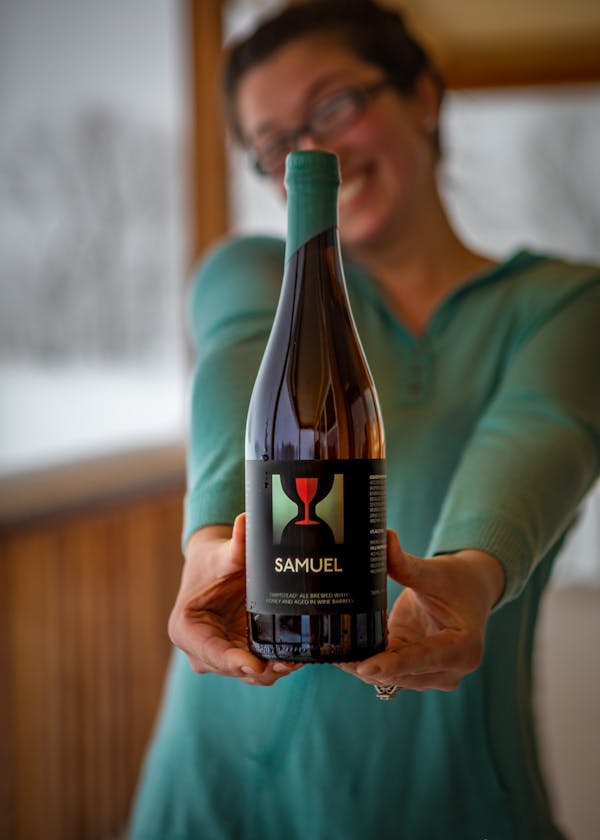