After further exploration, and living and brewing in Scandinavia for several years, this intention evolved into the notion of using multiple strains in the brewery and realizing the pursuit of various styles.

Self-Reliance is a bit of a throw back to those notions of old.

Ralph Waldo Emerson’s essay “Self-Reliance” inspires and compels our persistent reflection, examination, and refinement. From our ongoing pursuit of unique and personally selected hops to our steady quest after refinement and the individualized expression of elegance in all of our beers, Emerson’s urging to “insist on yourself; never imitate” provides motivation towards greater self-exploration, self-expression, and self-realization.

To that end, we present you a reimagining of our Self-Reliance series—once our exploratory pale ales, now our Farmstead® single hop India pale ales featuring varieties of our own selection. This new series allows us to showcase each hop’s characteristics within the framework of our delicately tart, lightly effervescent base beer.

In addition to the debut of Self-Reliance: Motueka this coming week, we will also have available a new batch of Beyond Good and Evil; fresh cans of Karma Emulsion and Three Magic Letters; as well as cans of a brand new beer: Double Motueka!

Beyond Good and Evil

One of Nietzsche’s most powerful works, Beyond Good and Evil challenges convention, ‘wisdom’ and ‘morality;’ urges us to transcend the restrictive, bounded concepts of good and evil; and confronts the relative nature of ‘knowledge.’ This both informs and inspires us in both our work and our daily lives.

Beyond Good and Evil is also the name of our Bourbon barrel-aged maple imperial stout. Brewed in January of 2018, we crafted this beer with malted wheat and Vermont maple syrup. It then rested contentedly in hand-selected Bourbon barrels from our favorite distillery for over 20 months.

Please visit the retail shop page for pricing and additional information (credit card and matching ID required for this bottle).

This week sees the return of both Karma Emulsion and Three Magic Letters, plus the debut of Double Motueka.

Finally, we will have fresh cans of Double Motueka, an imperial India Pale Ale brewed exclusively with hand-selected Motueka™ hops from our agricultural partners at Freestyle Farms in Upper Moutere, New Zealand. 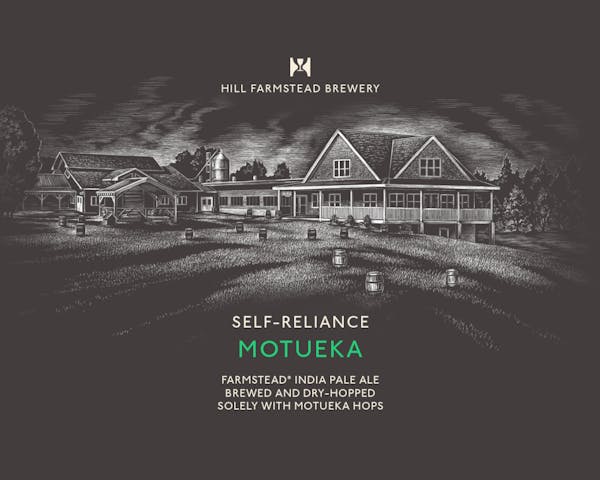