For the week of 14 October:

Grassroots Brewing was the conceptual precursor to Hill Farmstead Brewery. Over the last decade, it has evolved into a parallel brand and domain for creative collaborations.

This imperial stout was originally brewed by Ryan Witter-Merithew in 2011 at Fanø Bryghus, Denmark for Rome’s legendary Ma Che Siete Venuti A Fà to celebrate the birth of the owner’s daughter. This reenvisioning of the original recipe benefits from the experience and learning inherent in a decade of growth. This version is 10% abv and more rich and velvety than it was nine years ago – one might taste the inspiration of Damon and the early structure of Danish-derived recipes. As with all of our bottles, this 10% abv imperial stout is bottle conditioned. May it coincide pleasantly with the onset of this pandemic winter season…

Anna was Edward’s older sister; Hill Farmstead Brewery rests upon the land once home to her and her 13 siblings. We selected two wine barrels of her namesake beer—aged for just over four months—and conditioned the beer further on a variety of blueberries from Fisher Brothers Farm in Shelburne, Vt. The result: an expression of blueberry flesh and the delicate nuances of the annual harvest.

Brewed during Hill Farmstead’s first summer, August of 2010, Ephraim’s namesake beer has been an intermittent but oft-requested selection throughout the brewery’s last ten years; this imperial India Pale Ale makes its first appearance in cans. Ephraim was Edward’s grandfather; Hill Farmstead Brewery resides several hundred feet downhill from the land he and his father settled. Dutifully crafted from American malted barley; boxes upon boxes of American hops; our ale yeast; and water from our well, it is unfiltered, double dry-hopped, intensely aromatic, and saturated with resinous hop flavor.

Due to the limited availability, we ask that you only order two 4-packs of Ephraim per person in total; although our online ordering system doesn’t have the ability to impose a limit, any order with more than two 4-packs will be automatically issued a partial refund for orders above two 4-packs. We appreciate everyone’s observance of this request!

Also available for the first time this coming week will be 16-ounce cans of our American brown ale, George. Named to honor Edward’s older brother, this unfiltered brown ale is crafted from American malted barley; caramel and roasted malts; organic oats; Centennial, Cascade, and a touch of Columbus hops; our ale yeast; and water from our well.

Last, but certainly not least, Karma Emulsion makes its return to cans—this time in a 16-ounce format with an entirely new label design. Our friend Jean Broillet IV from Tired Hands Brewing in Ardmore, Pa., made his return to our home and brew deck in June of 2016 for a few days of brewing. One of the results was Karma Emulsion, an intensely hopped yet crisp American pale ale—think Hophands meets Edward—a beer that we continue to brew today. The artwork featured on the can is an artistic collaboration from both Jean and Shaun!

Same-day ordering is available, but we strongly encourage ordering ahead of time; it’s almost certain that Ephraim will sell out even with limits!

We continue to observe the State of Vermont guidelines, including mandatory mask use and revised quarantine requirements. For details, visit https://bit.ly/31gmeVe. 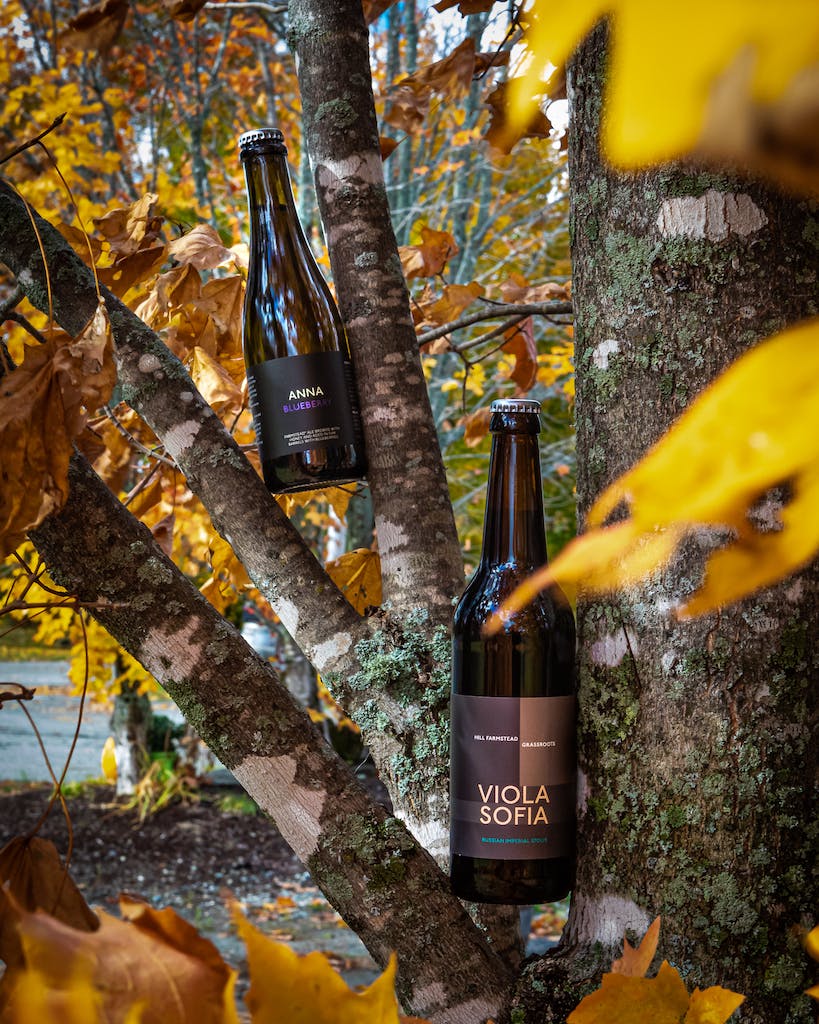