For the coming week of 4 November…

A second post will offer a more complete presentation of the story of Samuel, but, in short…

For this Farmstead® ale, we craft a base of buckwheat, spelt, and Vermont wildflower honey—a nod to both Vera Mae and Le Sarrasin—then send the beer to a rest of indeterminate time in wine barrels. Following hand-waxing and more than a year of bottle conditioning, this second release of Samuel’s namesake beer is ready for release.

There is a two (2) bottle limit for this release. Our ordering system isn’t capable of imposing limits, so please only order two bottles per person in total. Anyone ordering more than 2 bottles will be issued a partial refund.

Fear and Trembling is our Baltic-style porter brewed with malt that was hand-smoked over a blend of native woods, first brewed with our friend and former colleague, Anders Kissmeyer. This version was fermented in the traditional way, with lager yeast, and conditioned in stainless steel for four months prior to bottling.

In Shaun’s words: “As a student of philosophy and former resident of Copenhagen, it seemed fitting to name our first collaboration after Denmark’s great thinker: Søren Kierkegaard. Anders, Shaun, and Søren all contemplated absurdity, faith, and salvation while wandering the shores of the Baltic Sea.”

“…continue to work out your salvation with fear and trembling…”

Our can offerings for curbside will include another round of Edward cans, a new batch of Amarillo® Single Hop Pale Ale, and the return of Abner, our Ancestral Double IPA. 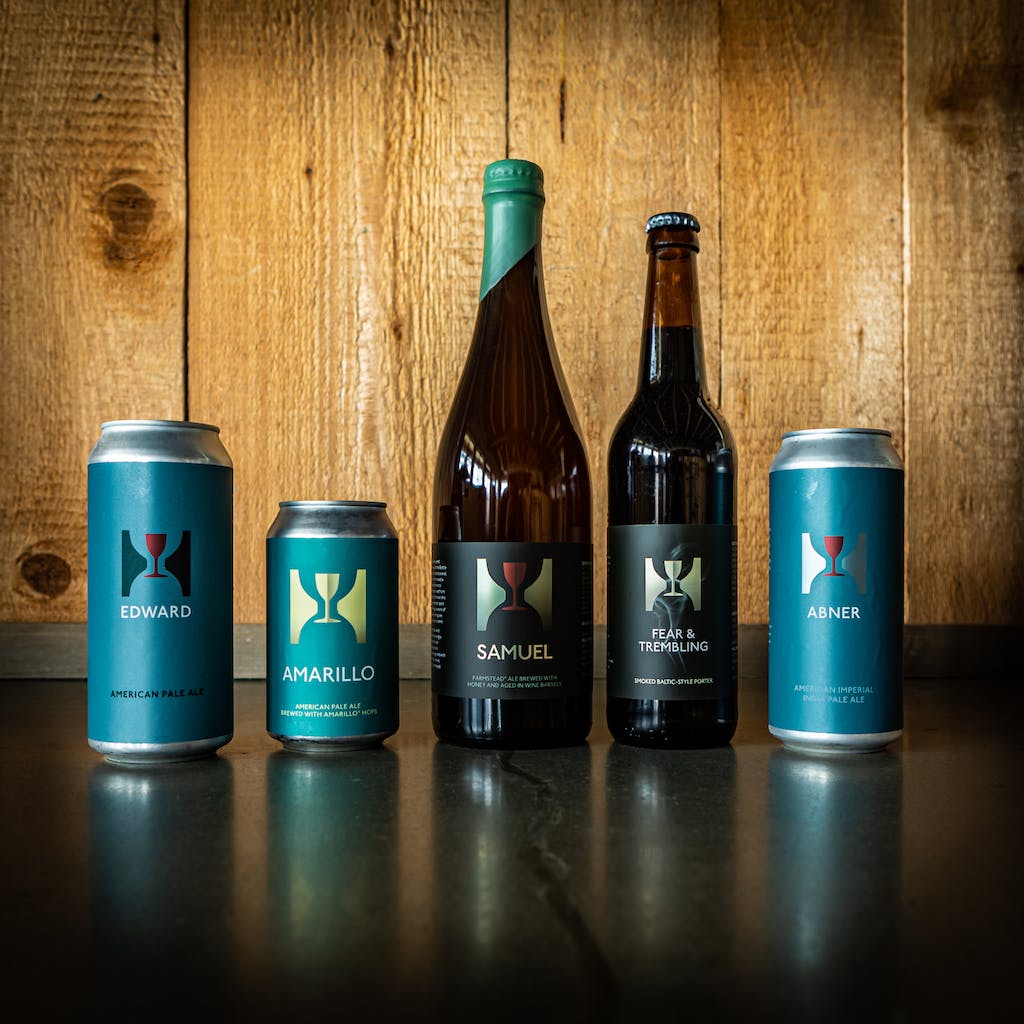