Curbside For the Week of 28 October

For the coming week of 28 October, we will release the 2020 blend of Barrel-Aged Dorothy and fresh cans of Edward and Three Magic Letters. Along with these new offerings, we will maintain a variety of cans (Harlan and George) as well as a vast selection of bottles, including Anna Montmorency, Self-Reliance: Vic Secret, and Leaves of Grass: December 30, 2016.

Edward’s sister’s namesake beer is produced from American malted barley; malted wheat; New Zealand and American hops; our distinctive yeast blend; and water from our well. For this 2019 blend, we decided to marry the characteristics of Barrel-Aged Dorothy with one of our favorite beers of recent memory: Barrel-Aged Table Dorothy. The lineage of these barrels goes back as far as 2012 and includes some of our most cherished beers, including Flora, Samuel, Civil Disobediences 6 and 14, Art. After a year of restful and considered bottle conditioning, this beer is now ready for release.

Genealogy of Morals: Duver Rojas — Limit One Per Person

For the last few years, we have presented a series of single-origin coffee explorations within the canvas of our barrel-aged stouts and porters. For this instance, we conditioned a portion of our wheat imperial stout, Genealogy of Morals—which had aged more than 29 months in selected Bourbon barrels—atop coffee from the Las Delicias farm in Colombia, owned and run by the Rojas family. This coffee was sourced and roasted by The Coffee Collective in Copenhagen. The pairing produces a balance of subtle, silken carbonation with richness and lively aromatics.

There is a one (1) bottle limit for this release. Our ordering system isn’t capable of imposing limits, so please only order one bottle per person in total. Orders with more than 1 bottle will be automatically issued a partial refund.

Our Ancestral pale ale, Edward, makes a return to our curbside can offerings this week, along with a fresh batch of Three Magic Letters, our India pale ale brewed with personally selected Nelson Sauvin®, Riwaka, and Simcoe® hops.

Ordering information is available on our online retail shop page, or you may order directly on our Toast Shop. 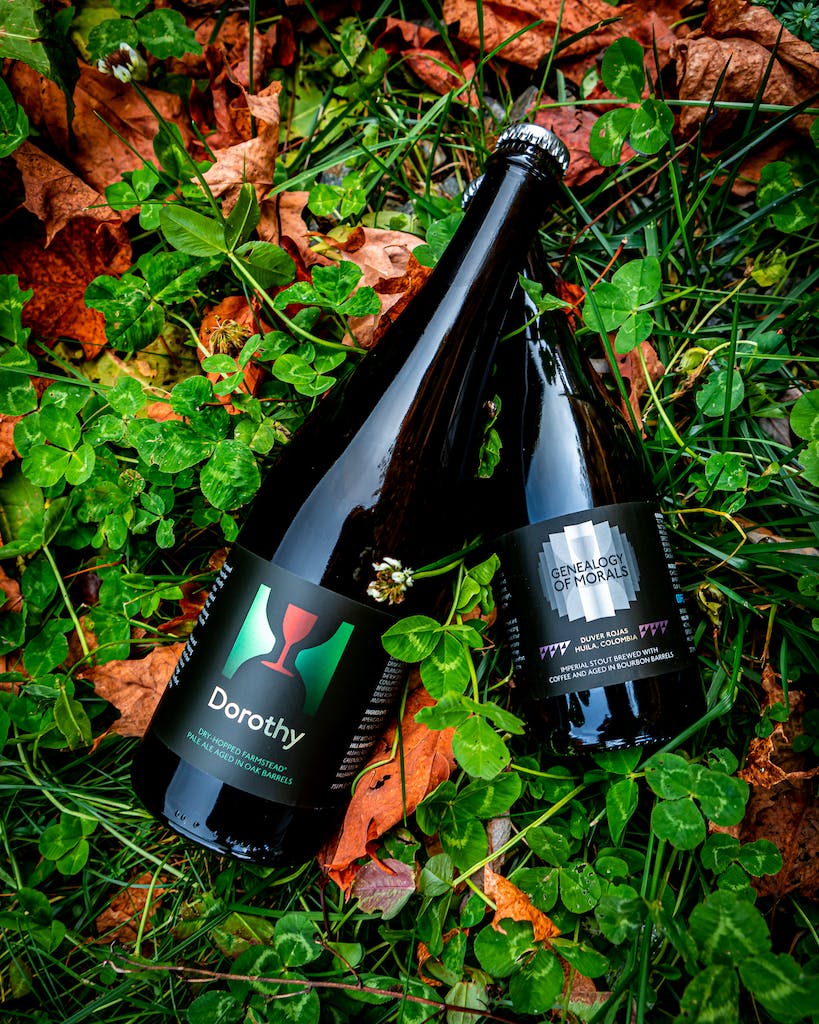