The Story of Samuel

The Story of Samuel

Samuel Hill (1820-1899) was Edward’s great-uncle and brother of Ephraim. His story is many-layered and singularly impressive. He served in the Union army at the Battle of Gettysburg. An early agricultural innovator, he held several patents for milk cooling and cream separation. He moved a house, midwinter, with horses from North Greensboro to Greensboro Village. He also helped build the first road from Greensboro to Greensboro Bend. Imagine the tales—both tall and true—that Samuel could have told around the crackling fire to drive away the early winter’s chill of North Greensboro.  What variety of stories would Samuel have shared around a fireplace?

Much like the first release of this blend, this beer utilizes a base that includes organic buckwheat, organic spelt, and Vermont wildflower honey. The journey to discovering a beer worthy of Samuel’s name was inspired and informed by two of our favorite Farmstead® ales—Le Sarrasin and Vera Mae. Samuel aspires to harmonize the essential expression of each into a perpetually novel and ever-evolving representation.  This beer can continue to bottle condition gracefully for the next 5 (or more) years while continuing to unveil new levels of aromatic and textural complexity.

Following shifting seasons of rest in wine barrels and more than a year and a half of bottle conditioning, we are finally able to present a beer worthy of Samuel’s name and inspiring memory.

Reminder: There is a two (2) bottle limit for this release. Our ordering system isn’t capable of imposing limits, so please only order two bottles per person in total. Anyone ordering any more than 2 bottles will be automatically issued a partial refund. 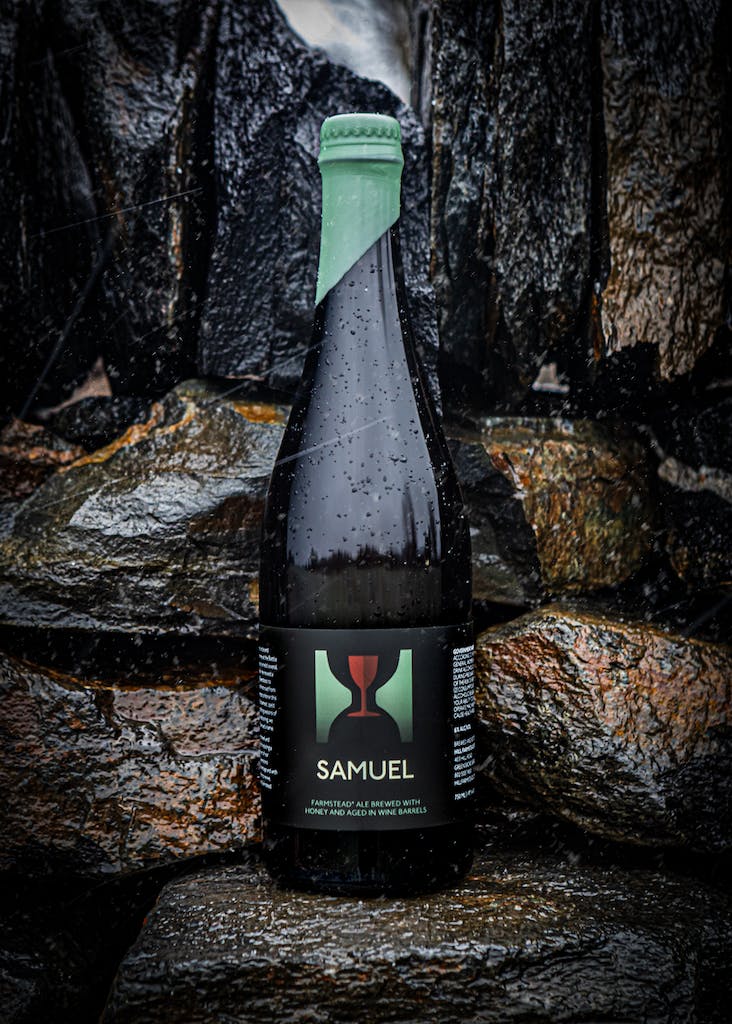