Ever so slowly, we are greening and warming, welcoming spring to the Northeast Kingdom. Curbside retail continues, and we have a new offering in our Self-Reliance series for this coming week, along with the returns of both Sumner and Abner in cans.

The next entry in our exploration of Farmstead® India Pale ales will feature Styrian Goldings hops. Grown in Slovenia and often used in Belgium, its earthy, resinous, and spicy characteristics—with the slightest hint of citrus—accent and buoy the base beer. Prior to dry hopping, the beer rested in our oak puncheons for nearly five months, and it has since conditioned in the bottle for over seven months, allowing for the development and integration of its acidity.   This is the most classic “hoppy saison” thus far in the Self-Reliance series, perhaps a bit less India Pale Ale-ish and a bit more of the old world classic hoppy rustic saison.

We will offer fresh cans of Abner, our Ancestral Imperial IPA. The second beer brewed in our brewery (April of 2010), its recipe has remained virtually identical since its inception. Also, Sumner, a 5% abv pale ale hopped copiously with Citra®, Mosaic®, and Simcoe® returns, alongside Abner, Mary, Marie, and a small amount of Susan.

Our bottle offerings for the week will also include Damon, as well as Soignée, Foudre Florence, and Leaves of Grass: Organic Saison. 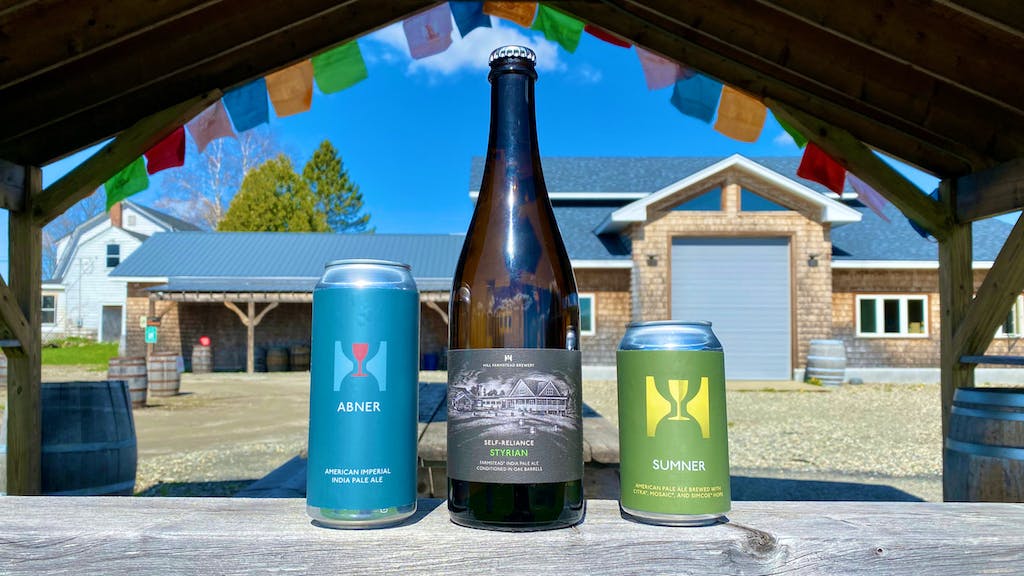