This week we will release one of the staff favorites in our Self-Reliance series of Farmstead® single-hop India pale ales: Self-Reliance: Motueka™ (Double Dry-Hopped). Aged four months in our oak puncheons, this was brewed with hand-selected Motueka™ hops grown by Freestyle Farm— our agricultural partner in Upper Moutere, New Zealand—and then dry-hopped twice over with the same crop year of Motueka™.

Ralph Waldo Emerson’s succinct but emphatic “Self-Reliance” encourages us to engage in frequent introspection: reflect, review, and refine. At fewer than a dozen pages, we encourage you to join us in reading the essay. You may find copies of Emerson’s works, including this easy, available for sale in our retail bottle shop, but it is available for free download or to read in place at https://en.wikisource.org/wiki/Essays:_First_Series/Self-Reliance.

Both Harlan and Double Citra return this week to our can line-up, as well as growler fills. Our can selection will also include…

As always, our bottle and glass pours will vary throughout the week, depending on the whim and whimsy of the team! 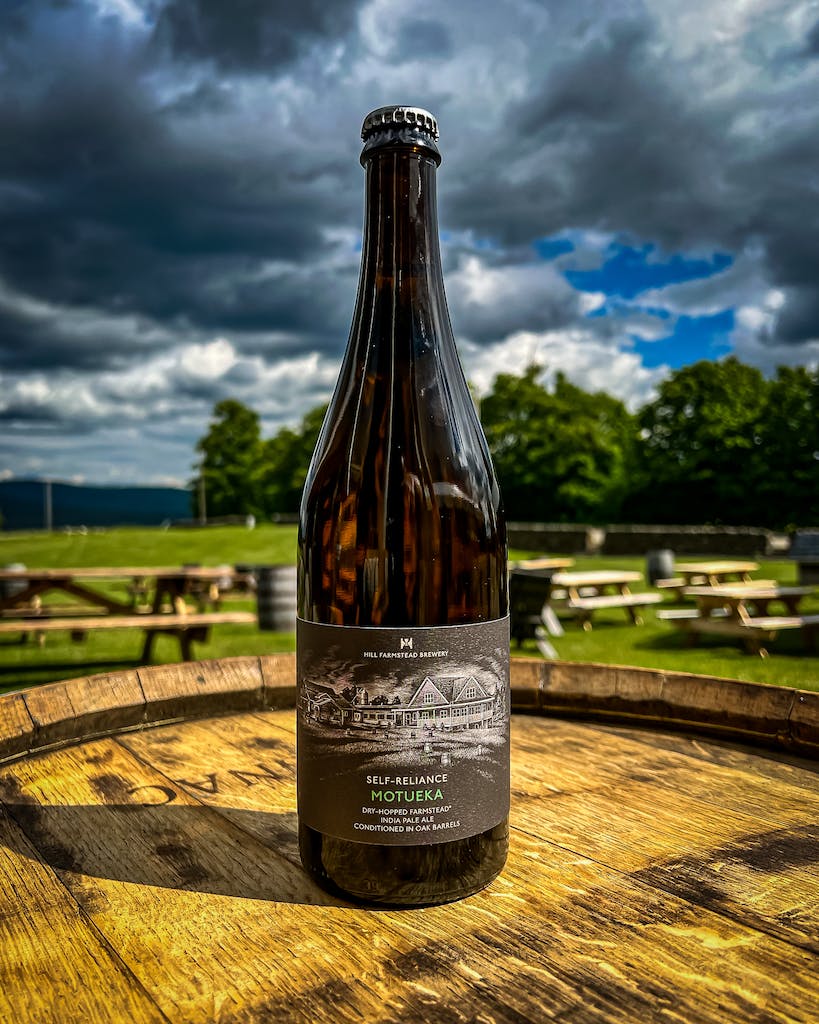