The Northeast Kingdom is ablaze with autumnal hues—peak, some might even say! From the warmth of leafy color to the warmth of fond memories, we debut Works of Love: Monk’s Blend here in Greensboro Bend, both onsite and for takeaway. We’ll also see the return of Mosaic IPA and George for growlers and cans.

In April of 2017, Tom Peters and Felicia D’Ambrosio of Philadelphia’s Monk’s Cafe journeyed north to collaborate on a blend originally intended to commemorate Monk’s 20th anniversary. The purposeful goal: evoke the minerality of white Burgundy wine while capturing the essence of a barrel-aged Farmstead® ale.

In the spirit of this year’s emergence of Prolegomena, this beer’s journey has been longer than anticipated but no less captivating to observe—one which ultimately resulted in a celebration of the 25th anniversary of Monk’s Cafe!

A blend of eight individual barrels comprised of Nordic Saison, Vera Mae, Anna, Arthur, and Florence, most of these began their individual journeys in the respective springs of 2015 and 2016. The composition now represents more than seven years—an arc of development and progress marked by patience, observation, and optimism.

For context on the Works of Love series as a whole, check out our “A Brief Look at…” entry.

After a two-year hiatus, Mosaic Single Hop IPA returns to our bottle shop and taproom. This single-hop IPA is brewed with hand-selected Mosaic® hops grown in Yakima, Washington. Our classic American brown ale, George, also returns to our taps and in cans this coming week.

Additional Canned Options for the Week

A reminder that reservation service is available, with fees 100% benefiting the Hardwick Children’s Holiday Project, and walk-in guests are always welcome!

An updated menu of growler options in our taproom (no reservations required!) may be found on our Retail Shop page. A gentle reminder that we remain sold out of 2L branded growlers until the end of October, so remember to bring your own to get your fills (no returns). 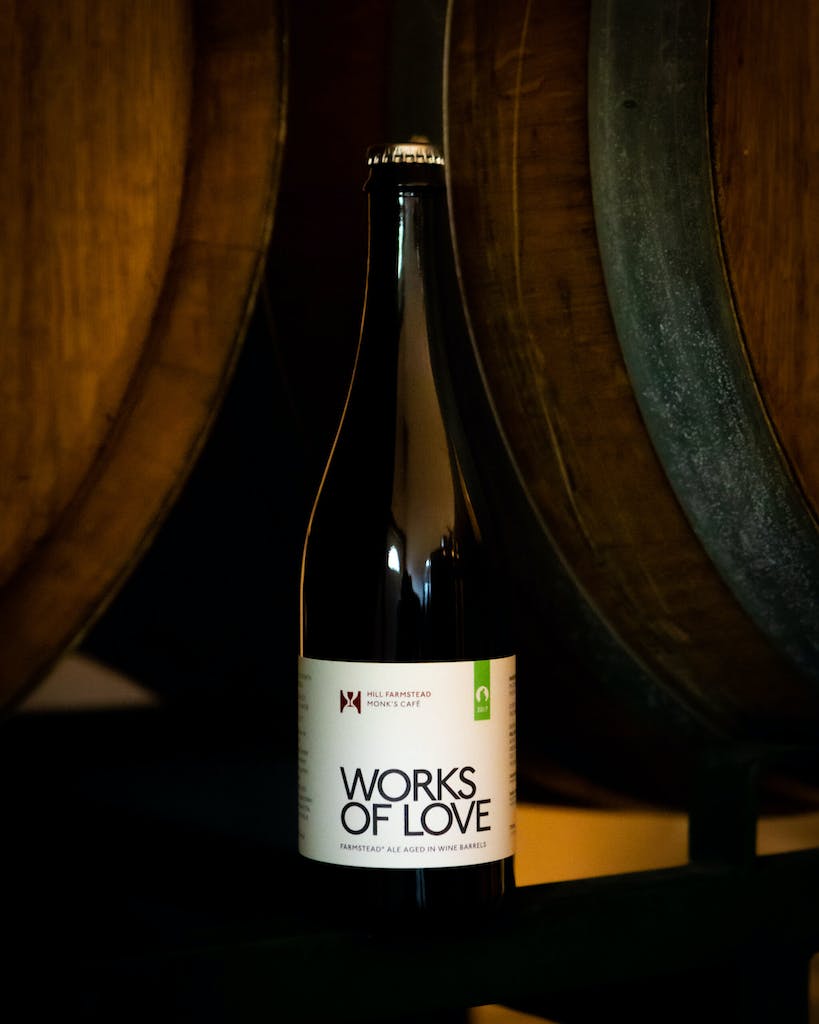