Another month has passed since my last entry – proving more difficult to find the creative spirit and timing to update everyone with our progress.  But, with the Grand Opening party just a week away, I have forced myself to write an update and a few words while in the midst of filling kegs and brewing yet another batch of Edward.

Pricing: All beers are 5$ per glass.  There will be specials – but it is very much a cash only event.  Admission to the event and music is free for your auditory pleasure.

In Brewing News – The barrels are full.  Our smoked baltic porter is resting, silently, in wine and bourbon barrels.  Growing more delicious by the day (I can attest!).  The first batch of Arthur, our Saison, is resting in Pinot Noir barrels with various strains of Brettanomyces – and, one barrel, with 5 kilograms of honey straight into the barrel.

The new and the upcoming…  Next week we’ll be brewing a new saison – our Dandelion/Lilac/Honey saison.  This is a throw back to a beer that I brewed 3 years ago and served at the Belgium Comes to Cooperstown event at Brewery Ommegang (Terra Madre).  This beer will likely be called Vera Mae (my grandfather’s sister and the first born child of Abner… One might entertain  stories in a manner akin to greek mythology : Abner, as an imperial india pale ale, gives birth to a daughter… who likens herself to all things the encompass flowers and spring).  A good friend of mine, Will Meyers (of Cambridge Brewing Company) will be joining me for the day.  Will seems to like picking flowers (ie. Heather/Lyng)… and he’ll return to our brewery, once again, in June, to collaborate on a new barrel aged beer – likely an Imperial Rye Porter (similar perhaps to the beer that Mike Murphy and I brewed at Amager: RugPorter/Murphill… two of Amager’s highest rated beers =)

Also, we’ll finally brew our Russian Imperial Stout – Damon (named for the memory of my beloved Black Labrador Retriever).  This one will be aged in Bourbon, Brandy, and Wine barrels… think SEVEN, slightly modified (ie. not 17 different malts…)

Lastly, Ryan will be flying over to Vermont in early September where we will likely brew my Christmas Porter/Stout (strange, isn’t it, to collaborate with another brewery that you own? Grassroots/Hill Farmstead.)   After two days in Vermont, we’ll fly together to Tampa, Florida for a collaborative brew with Cigar City…

Oh.. yeah.. and Menno from De Molen will be passing through in the coming months, as well.  More to come…

New at the Farmstead: Within the coming months, we will be launching a few special beers that will only be available at the brewery, in growler fills.  Please check the website for availability.  We will also begin selling Grassroots Brewing beers from Denmark, in growlers, here at the brewery. Available nowhere else in the US.

July 9th, 2010: Hill Farmstead Beer Dinner at the Round Barn Inn in Waitsfield, VT.  Email me (shaun at hillfarmstead.com or the chef, [email protected]) for more details or tickets.  Will be an amazing dinner with never before sampled beers…

Early September, 2010: Potential Beer Dinner, here in Greensboro, VT, at the Lakeview Inn, with two my favorite people: Mikkel Bjergsø (Mikkeller!) and James Beard Award winning chef Matt Jennings, of Farmstead/La Laiterie.  Still in the planning stages…  but expect greatness from all three of us… along with a blend of Nordic and Vermont cuisine.  ** If, for some reason, Mikkel cannot entertain these dates, we’ll either fly solo with Matt or… 1. Import Grassroots Beers for their first ever sampling in the US 2. Invite another friend…?

See you all soon! 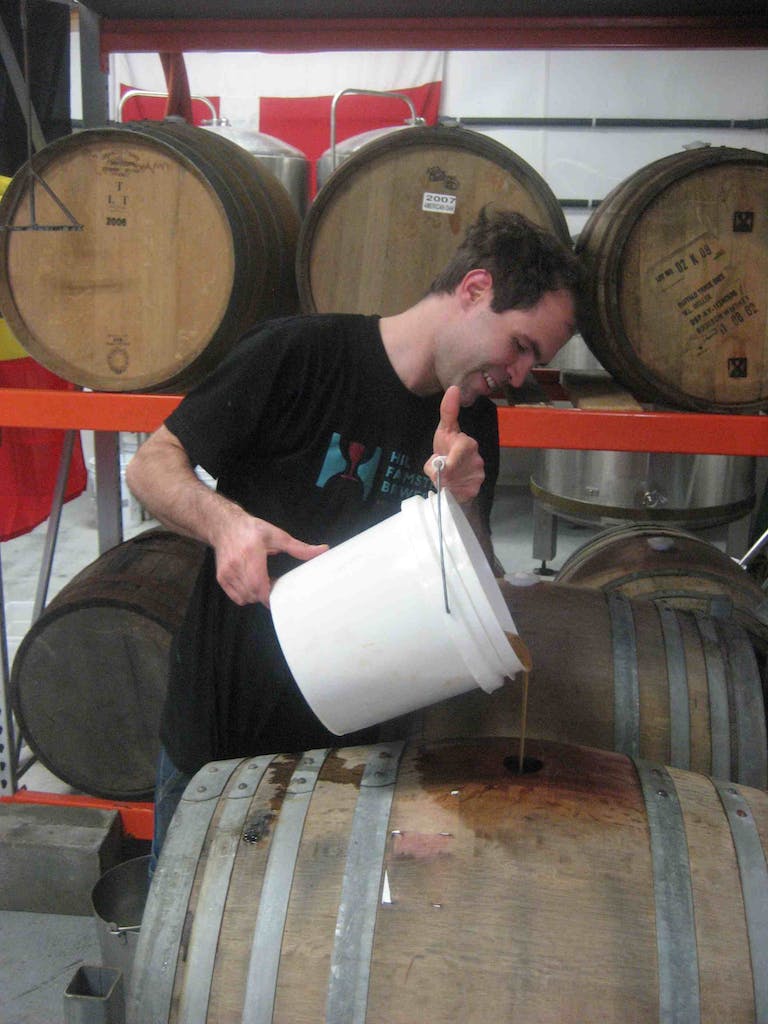 Topics
Reflections on the “beginning”…
Farmstead in Summer