Cool nights have crept into the Northeast Kingdom, once again, and as official Fall approaches, we look forward to sharing several new and returning offerings this coming week: our wood-conditioned fest lager, a new entry in our Civil Disobedience library of blends, a unique appearance of Flora for onsite enjoyment, a new Self-Reliance iteration, and the return of both Dharma Bum and Abner to cans and growlers. Plus, we’ll have Bobber’s onsite all week, serving up their seafood creations.

We will have this available for 35cl onsite mug pours, as well as to-go growler fills. 4.9% abv

Our Civil Disobedience series is, ultimately, an act of optimism and hopeful curation. As we track and trace each barrel, noting and estimating various trajectories and arcs, options and patterns slowly emerge. Some barrels stand out singularly and become their namesake’s peak expression; others terminate in perceptible failure, destined for reintegration into our fields—perhaps becoming beer again far down the water table chain. A third barrel category seeks accompaniment within a sympathetic chorus and often, upon curated blending with like-directed selections, undertakes a secondary journey of integration and co-development, one that can take years.

The thirty-fourth entry in our blended barrel-aged Farmstead® ale collection spans four years and five different threads—including wine barrel-aged Anna from 2016 and Florence from 2018. This presentation has undertaken an unhurried journey from brew day to assembly to glass, including more than three years of conditioning in the bottle prior to release. We can now present to you another blended experience of time, place, and patience.

Flora is the barrel-aged version of Florence (1915-1967), Edward’s sister, as well as the name of our Farmstead® wheat ale. After eighteen months of rest in the presence of our resident microflora, a single wine barrel of her namesake beer was transferred to a barrel previously utilized by Eden Specialty Ciders in Newport, Vt., for one of its world-renowned ice ciders. The resultant unique instance of Flora offers a novel expression of roundness, nuanced acidity, and complex balance.

This week we will also release a new entry in our Self-Reliance series of Farmstead® single-hop India pale ales. Received initially as an experimental hop titled  “HPA 016” from Hop Products Australia, the beer was brewed,dry-hopped exclusively with this hop, and aged four months in our oak puncheons. While the beer was in process, HPA has since given this hop an official release and new name: Eclipse®.

Ralph Waldo Emerson’s “Self-Reliance” succinctly and emphatically encourages us to engage in frequent introspection: reflect, review, and refine. We encourage you to join us in reading the essay,  available for free download or to read in place at https://en.wikisource.org/wiki/Essays:_First_Series/Self-Reliance.

Canned Options for the Week

A reminder that reservation service is available, with fees 100% benefiting Circus Smirkus, and walk-in guests are always welcome! 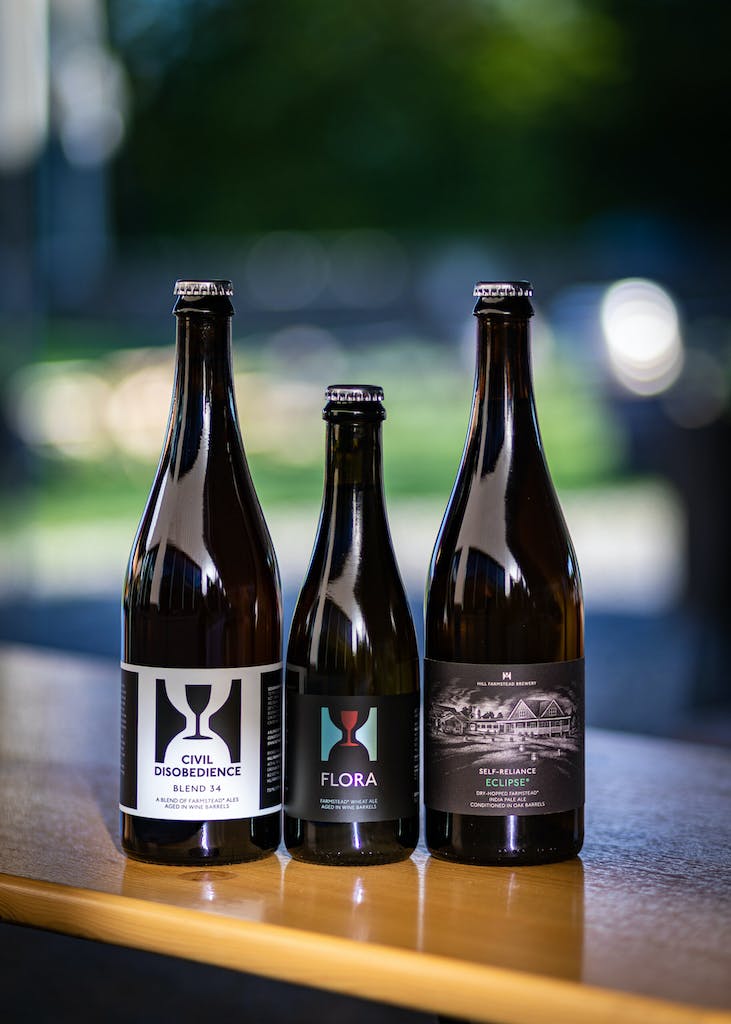