The to-do-list here at Hill Farmstead continues a steady path of consistency – evolve, dissolve… expand, contract. One surge forward, two days of setback. I could easily vault into a relatively cliche treatment on the nature of american bureaucracy and over taxation (which would be marginally more entertaining than watching the lackluster women’s olympic snowboarding halfpipe finals…). However, in the spirit of productive rambling and megalomania, I’ll proceed in an effort to entertain you with silly metaphors and delusions of grandeur…

I’ve spent the last 9 days avowing myself to a disciplined diet of strictly fermented food. It is no secret that a lonesome life in the country, with such an intently myopic ethos (ie. Brewery), can inspire creatively complex systems for maintaining one’s (in)sanity. Case in point: my obsession with all things fermentation. With due respect to the progenitor of this new modality, Dave Brodrick (purveyor of fine New York City beer establishments and a most humble and worldly-conscious individual) – it was his visit to Hill Road last Tuesday, his words and notions, that incited this current infatuation. Tempeh, Beer, miso, tea, coffee, cheese, yogurt, sourdough bread, kimchee, pickles… now I’m fermenting rice, making a potent ginger juice elixir that is naturally fermented with the wild yeasts contributed by a single spoonful of Fanø Lyng (Heather) Honning (Honey). In a way, I suppose it is an experiment in discipline – simultaneously coupled with my belief that I should seek communion with the spirit and energy of fermentation. Bulletin: In case you hadn’t made the leap of logic: I’m animistic (my mind immediately springs to Tom Robbins and the personification of spoon, can o’ beans, dirty sock, painted stick, and conch shell in Skinny Legs and All…). I believe that every thing in this universe is alive with energy…

Back to the brewery… all of the equipment is in place. The pallet racking arrived today and Darren and I set the Buffalo Trace barrels into place.

The layout of the space is efficient and aesthetically sound – a visitor to the space will walk through Darren’s Gaudi inspired, all cherry door frame and be confronted with a wall of bourbon and wine barrels. A draft system should arrive within the next few weeks to allow for freshly filled reusable 2 liter glass bottles… along with retail sales of bottled beer and merchandise (t-shirts and glassware).

Two nights ago and I christened the brewery with the first late night work mission: 1am, Sierra Nevada Pale Ale, Master of Puppets (I realize, just now, reading this, the irony in the title of the music selection! But who is the master and who is the puppet?), and some Acid washing of the Stainless Steel Fermenters.

WIthin two weeks, we shall finally claim direct fire beneath our kettle and glycol cooling connected to our fermenters. And then, my friends, we shall attempt to make beer.
Hoppy beers. Barrel aged beers. And Saisons. We shall make beer and, laboriously, bottle and package our beer – corking and caging and bottle conditioning each individual bottle of our Saison family… giving life to each bottle before sending it around Vermont, Maine, Boston, Rhode Island, New York City, and Philadelphia.

As written by Rainer Maria Rilke in one of my favorite collections of words (Letters to a Young Poet): “A work of art is good if it has sprung from necessity. In this nature of its origin lies the judgment of it: there is no other.” I have written W.W. Norton, holder of the copyright for this work, and expressed my interest in using these words in relation to my brewery. No response as of yet…

This weekend I am off to Ebenezer’s Pub in Lovell, Maine to share a beer (just one) with owner Chris Lively. Next weekend, off to Montreal for a return to Dieu Du Ciel, to finally taste the Pionniere – our Blackened IPA – and to listen to Wilco. These two weekend journeys are likely to be my last holidays until the Craft Brewers Conference in Chicago. Spring and summer events are filling up quickly: Craft Brewer’s Conference, a few days with Anders Kissmeyer, Brattleboro Beer Festival, our Grand Opening, Kennett Square for Philadelphia Beer Week, BeerAdvocate’s American Craft Beer Festival (if we’re invited!), Vermont Brewer’s Festival, Vermont Artisan Cheese Festival, the HopHead Throwdown at the Publick House, the Backwoods Brewdown, guest/collaboritive brewing with Mikkel, and Ebenezer’s Belgian Festival. Then – hopefully a visit to Denmark and Italy in the month of September or October. All of these frequent flyer miles and United Premier Elite status… and no time to fly! Thankfully, I’ll have a Danish brewer interning with me for the summer!

I leave you with these fine and remarkable words from Brasserie Cantillon’s patriarch Jean-Pierre Van Roy – words with which I could never argue, nor could I formulate better myself:
“It’s not because a beer is industrial that makes it bad. I’m not against industrial production. I would rather have a well-made industrial beer than an artisanal beer that tastes bad.” 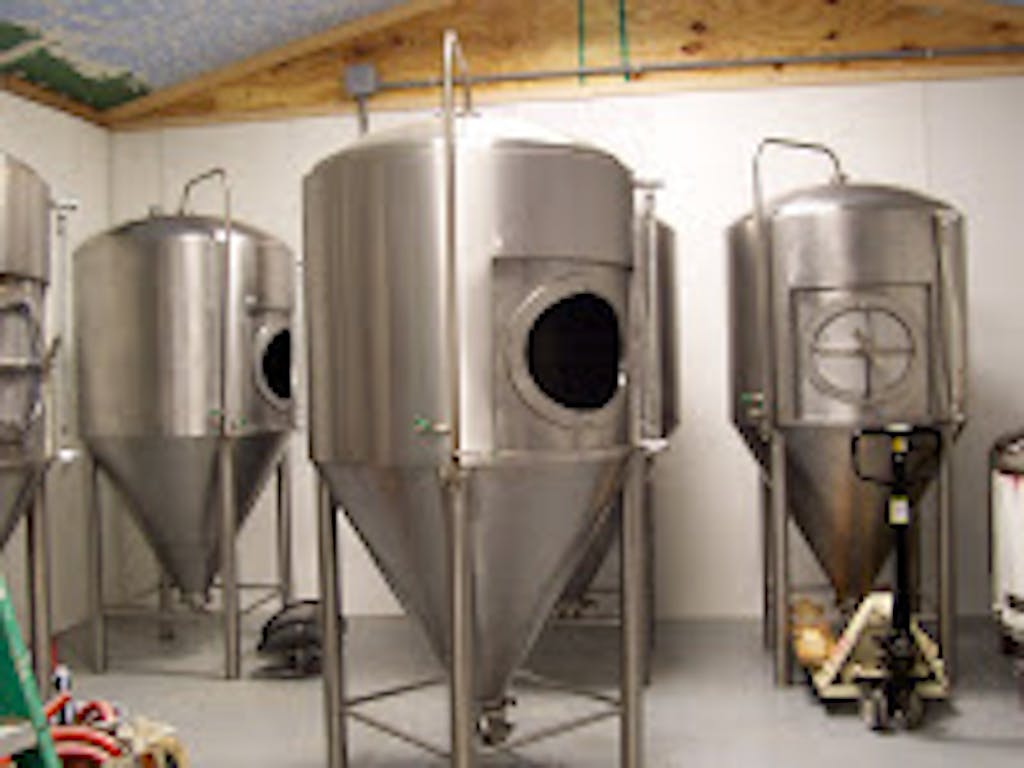