The first of March (my long envisioned “first brew day” date) is quickly approaching and the brewery is but moments from operational. By the middle of next week… the kettle burner will be fully functional and the cooling system will be virtually complete. All hoses, pumps, and fittings will be in house. We’ll place our first malt and hop order. The bottle conditioning room will be insulated. Our barrels will be en route from the Russian River Valley. Our logo and design will be close to solidified. We’ll have a 2 faucet draft system in place for retail/sampling (and post-work brewer libations). We will place our first bottle and growler order… and we’ll contemplate our first brew day.

Postpartum depression? Likely. Perhaps I will be left with no other choice than to start another brewery in the near future… to keep reproducing. The top ten reasons why a brewery is or is not better than a girlfriend?

In Denmark and Europe, Grassroots Brewing remains active. Our Broken Spoke Blackened IPA will be on draft in Belgium at the Pre-Zythos festivities – Ryan is personally transporting a keg for the event. The first pallets of the beer have arrived in Italy and will be on draft at Ma Che Siete Venuti A Fa’ within the coming week. Pallets will ship to Copenhagen by the end of next week. Speaking of Italy – Mikkel, Ryan, and I are finalizing a Mikkeller/Grassroots Collaboration for the Ratebeer Summer Gathering in Italy. I can’t release any details, just yet, ’cause it’s a top secret mission, but I can tell you all that it is one of the most unique and thoughtful style bending beers that I have partaken in…

The Danish and Belgian flags are now hanging in the brewery. Works of art soon to follow.

Off this weekend to Montreal. Dieu Du Ciel! and Wilco – and one of my last weekends of perceived and relative “freedom.” I’ll now get back to dreaming… Shaun e. 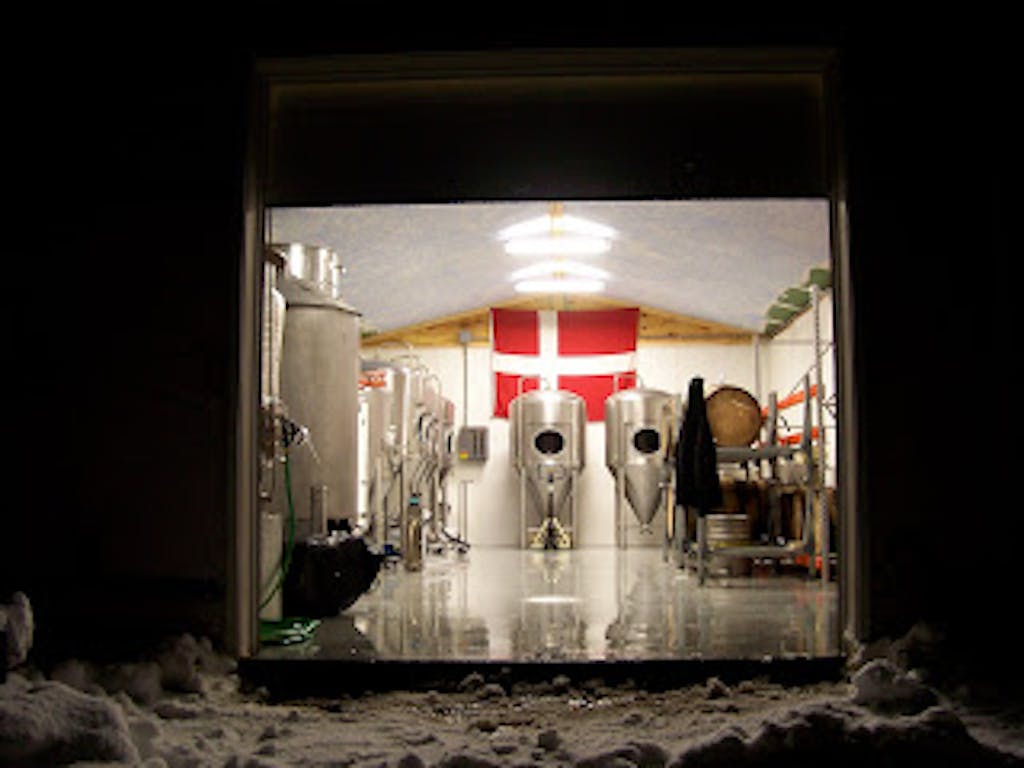