A jet-set week ago, I was sitting in Burlington at Vermont Pub and Brewery, surrounded by Kimmich (Alchemist), JF, Luc, Stephane (Dieu Du Ciel) and drinking a glass of the original Vermont India Pale Ale. A farewell/rememberance event at American Flatbread for the late pioneer and friend Greg Noonan had led me across the street to abandon the camaraderie and sit in silent contemplation. Until I was joined by the aforementioned throng of brewing virtuosos. Alone or not, my reflection continued – what is ‘a’ life? what is important? an idea? It all keeps moving, and the overarching “why” keeps on… but, as Kimmich said to me, sitting at the bar, ” ‘it’ is not gears in continual churning but clunking, like small train collisions that seem to form a cohesive ‘whole’ ” Insightful words… like cars slowly falling off of the train and the chain keeps moving. What we created, idealized, is left behind – is its own entity. What will be the spawn of Shaun? Of John Kimmich? Of Greg Noonan? Do we leave there, behind us, the same energy that we ourselves emulated? Spawn…and spawn of spawn…and on and on.

Moments before the reflections noted above, I was in Montreal at Dieu Du Ciel spending a relaxing first weekend back ‘home’ in… Canada. JF, Luc, Stephane and I had pieced together a vision of an Imperial Black IPA (Black Hoppy Ale, perhaps, to avoid the paradox and contradiction of Black/Pale) that would serve as our own honorable tribute to Noonan.

Sensible, really. Just a few weeks back I was contacted by Mitch Steele (brewmaster of Stone Brewing Co.) because back in the spring of 2006 he had tasted his ‘first’ black ipa – Darkside from The Shed Brewery. He is conducting some research into the India Pale Ale category and I had to inform him that my own inspiration for the beer had come from Kimmich at the Alchemist… whose own inspiration had come from brewing Blackwatch IPA at Vermont Pub and Brewery in the mid 90s… a recipe that John had ‘resurrected’ from Noonan’s archives from the early days at VPB. Three breweries in Vermont had created black IPAs by the end of 2005 – evidently a Vermont original.

And so an idea for our collaboration was born from humble Vermont roots… Simcoe, Amarillo, Cascade, and Columbus. Roasted and biscuit malts. A mash tun that would be virtually overflowing… the brew day began a bit later than I am used to – mashing in around 10 in the morning (Luc had managed to secure 4 hours of sleep before arriving at the brewery in the early morning in order to transfer a beer, harvest yeast, and clean the fermenter for us) – no doubt, partially due to a late night in the pub. Peche Mortel on Cask, Aphrodisiaque on draft… Does Montreal ever sleep?

We knocked out 550+ liters of 20.2º Plato wort – hopped in the range of 100 ibus – supposedly the hoppiest beer ever created at Dieu Du Ciel! A most noble effort, methinks, in crafting a tribute to a kindred soul and innovator. Thus, I suspect that the gentlemen of DDC will release a beer titled “Pioneer” Imperial Black IPA within the next 3 weeks…

On the home front and abroad, things continue to come together. Rather, are being placed together – equipment and layout at Hill Farmstead slowly falling into place. In Denmark, Grassroots has a VAT/CVR number (why can’t US approval be as easy as it is in Denmark!?) is releasing its first IPA next week – with the first pallets going to Rome (Ma Che Siete Venuti A Fa) and Copenhagen. IPA Version 1.0 is also tentatively titled Winter IPA/HumleJul (more creative names to follow, I promise…). The next beer released will be in early to mid January – and will be….surprise… a Black Hoppy Ale – tentatively titled… Broken Spoke.

Today I am off to Three Penny Tap Room. There will be a series of beer tastings around New England over the course of the next few months. I’ve shipped home 20+ cases of my barrel aged Limited Release Beers from Nørrebro Bryghus and will do a promotional tour… a sort of “reflections upon Copenhagen” that will also feature a few of Mikkel and Christian’s beers. If the timing is right (and, sometimes it can be…), this tour will also coincide with the arrival of draft versions of Mikkel’s Beer Geek Brunch and Breakfast. Thus far, only two dates have been confirmed:

A location for a Boston (Deep Ellum?) or Philadelphia (Tria? Monks?) event are still up in the air. Since I have such a limited amount of beer (in 375ml bottles), attendance has to remain cozy and intimate (under 25 people)… in true Danish fashion… 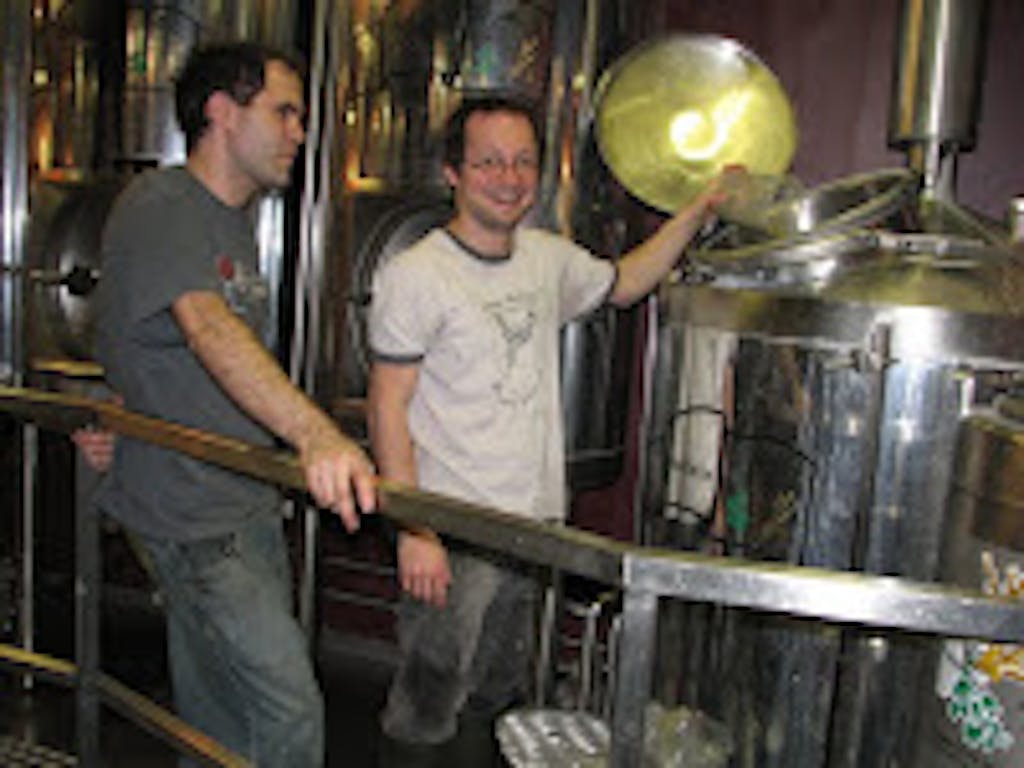