Nearly seven years ago, we brewed a beer in honor of batch 1,000—a 33º American-style sweet imperial stout. That base beer then spent more than two years in Bourbon barrels from two of our favorite distilleries. A small portion of that beer made its way to kegs and was stored in anticipation of our tenth anniversary year. Now, after an additional four years of cold conditioning, the moment arrives when we might offer this singular instance of beer, the twelfth in our ongoing series of experimental dark ales, Madness & Reason.

This selection will be available in our taproom, in our 750ml swing-top growlers, this coming week, limited to two growlers per person.

Also, we will extend the window to enjoy glass pours of Ann in our taproom each retail day through 25 February so that it matches with the pick-up window for Ann bottle voucher holders. No reservations are required.

Also beginning this week, Rhetorica will be available for takeaway in our taproom. This will be limited to one 750ml swing-top growler per person.

The canned offerings for takeaway will include…

Visit our retail shop page for more details and an updated list of drafts, bottles, and cans. 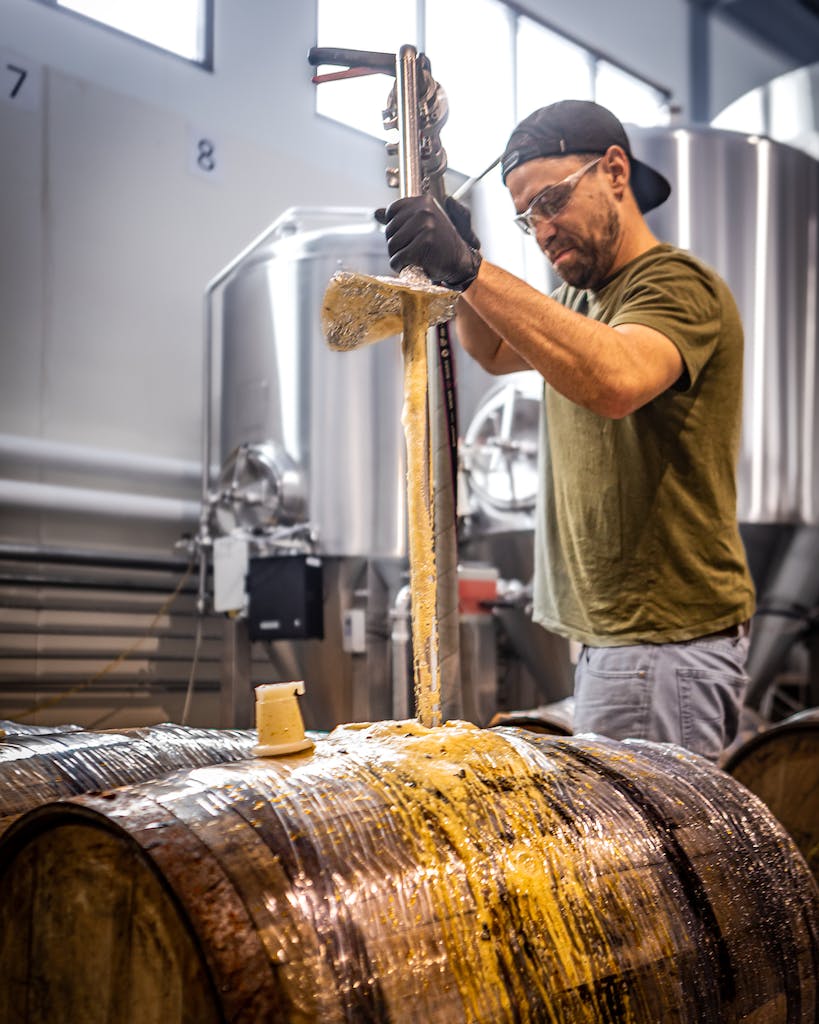